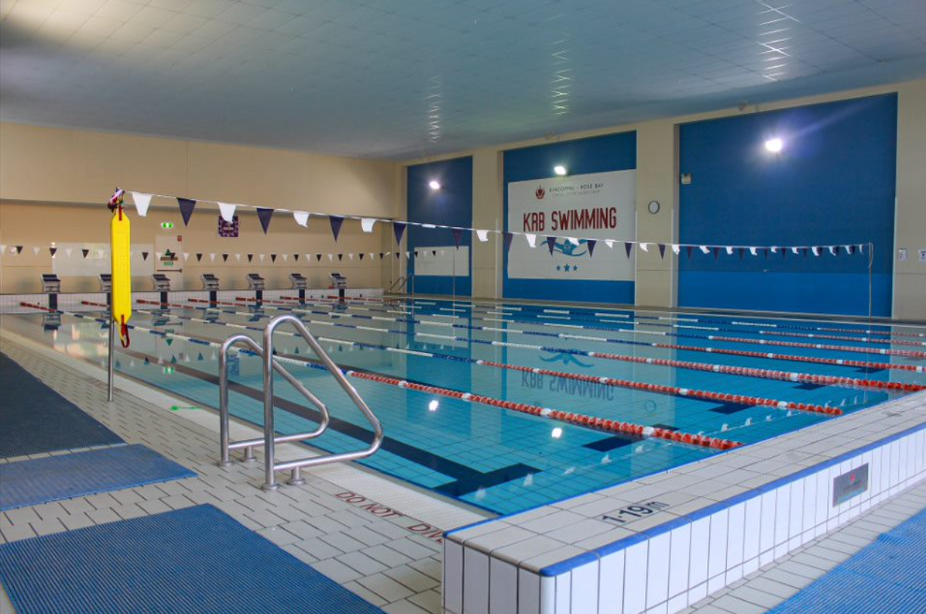 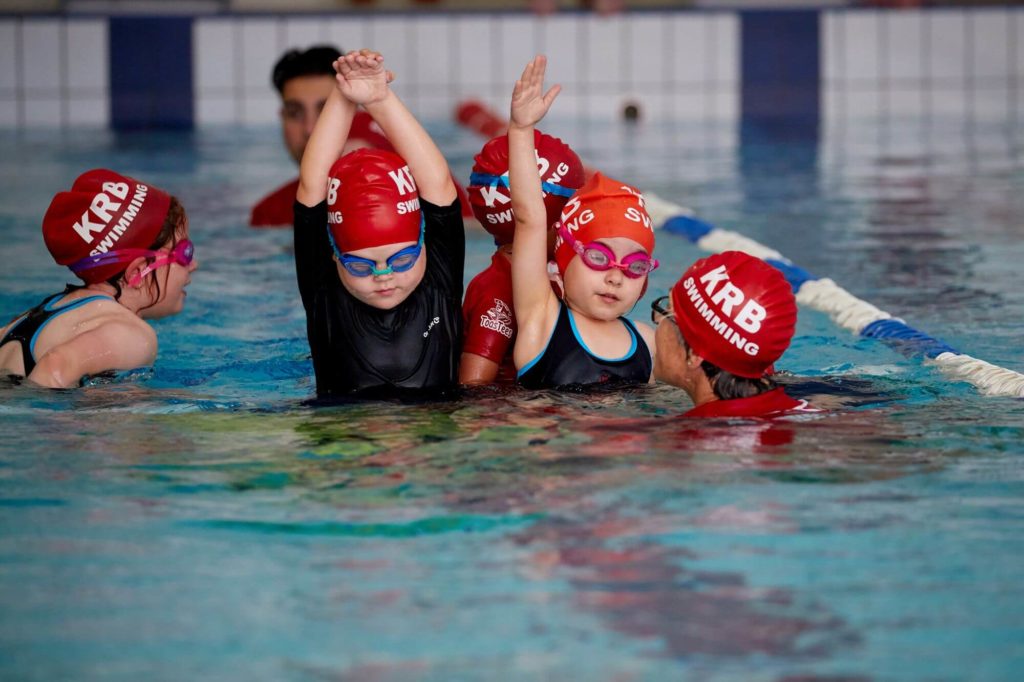 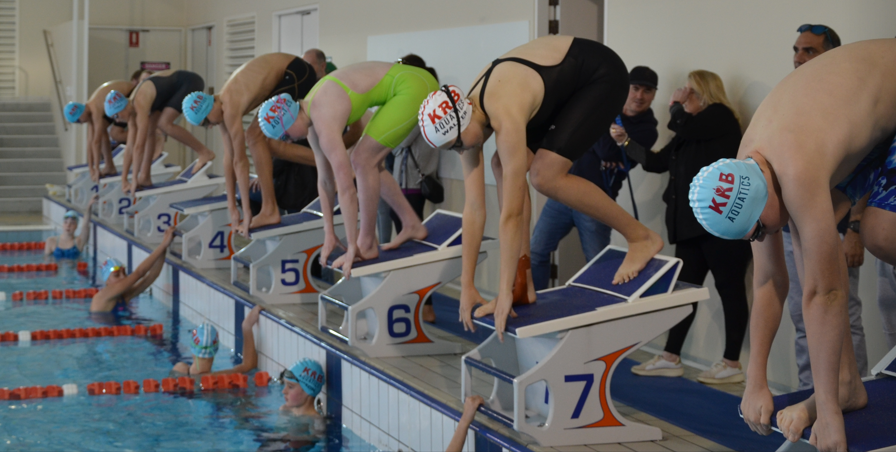 Cheers to all who helped make the Squad Christmas Party swim-tastic this morning❤️💙 ...

Smiles all around at the Junior Metropolitan Championships this weekend. Great to see the hard work being rewarded with medals and pbs ❤️💙

Silver, Gold and Nationals having a fintastic race day😉
❤️💙 ...

Life is better when you are swimming - LTS, Mini and Bronze
❤️💙 ...

Smiles all around for our Term 2 KRB Race Day!

Well done to all our swimmers today 😊

Keep an eye out for some action shots tomorrow! ...

Mess with the bull, get the horns.

Picture the bull @luca.polvere in the China shop of the South Australia Aquatic and Leisure Centre. Now picture that bull destroying all that which lies in his path, but with the tactical nous and precision of Seal Team 6.

Brutally picking off the closest competitors in his 100m breaststroke heat one by one, our brash breaststroking bovine fired warning shots with an incendiary opening 50m split. Despite his aggressive start, Luca maintained his composure like a sniper tracking his target, waiting patiently for his most opportune moment.

This moment came in the final few metres of his race, where Luca saw the the conquistador’s red cape and charged to the wall like he was leading a stampede, barraging into the wall in a personal best time.

In this morning’s heats session, our breaststroke thoroughbred @madiargy fought off fierce competition either side of her to throw down a performance usually reserved for the Royal Randwick Race Course.

After an efficient and measured opening 25m Madi stormed home down the straight of the South Australia Aquatic and Leisure Centre. She found better rhythm, more traction and a longer gait with every stride, thundering her way into a 9th place finish. This puts her as a first reserve for tonight’s Age Final.

It was a show of pure athleticism today from Madi and with a swing of good fortune she may have the chance to prove her credentials once more this evening.

Congratulations, Madi, on a spectacular outing thus far at these National Open Championships! ...

@ariella_levy and her breaststroke engine were firing on all cylinders this morning as she motored her way through her 50m breaststroke heat for yet another season best time. She was simply purring in her warm up and brought that same heat to the starting blocks.

In a show of technical excellence, she launched into a series of gear shifts that would make Ayrton Senna proud. As she cannoned down the pool she never lost grip on the water, accelerating further with every stroke and booming into the finish.

We’ve come to expect finely tuned performances from Ari and she continues to reliably deliver. Having registered some speedy lap times, it’s time to return to the workshop and make some timely adjustments and repairs.

A proud couple of days for our breaststroking V8 - well done Ari!! ...

With the tenderness of a butterfly unfurling from its cocoon, @madiargy fluttered into her national debut for KRB Aquatics in the 100m breaststroke today. It was a fruitful start to life for the freshest face on our lengthy breaststroke roster, as Madi breezed to a personal best by almost an entire second! Her previous mark was set in March and was itself a 1.5 second improvement on her prior best.

As a butterfly perches gracefully on a flower, so too did Madi arrive on both walls in her race. Through this grace she found softness, through this softness she found efficiency and through this efficiency she found power. What a beautiful beginning to proceedings.

It’s fair to say Madi has well and truly spread her wings in her maiden season at KRB! 🦋

From the smouldering embers of a bygone flame,
Whose ashes kindle her emanant name,
Rose @ariella_levy ignited once more
With wings of fire and a molten core

Today we witnessed the aquatic equivalent of a phoenix rising from the ashes, as our breaststroke sprint specialist proved that while form may be temporary, class is permanent.

Following a somewhat tumultuous preparation, Ari drew on her vast experience of elite competition to produce what can only be described as the quintessential 100m breaststroke. It was measured with mathematical precision, it was nimble with feline agility, it was dogged with ferocious bite. It was a culmination a decade in the making.

Congrats, Ari, on a season best swim! We can’t wait to watch you light up the pool with your scorching 50m breaststroke tomorrow.

Let your flame burn ever brighter 🔥 ...

The Queen of Quick does it yet again!

In a Bohemian Rhapsody of an encore, @alex.vg_ produced a finale of epic proportions that had audiences across the country bellowing in unanimity. As she flashed her way down the pool, the thought, ‘don’t stop me now,’ was the order of the day, especially as all of us here at KRB were havin’ a good time when Alex touched the wall in a personal best and 13th place.

You are a champion, Alex! Now that you have proven yourself on the junior stage, we can’t wait to see you expand the rule of your Queendom at the National Open Championships in four weeks’ time.

What a wonderful royal flourish to conclude proceedings in Adelaide. We hope you all enjoyed following along with us. ...

Here it is, esteemed race goers, the final furlong.

There was much jostling and jockeying for position prior to the heats of the 50 butterfly for @hamiltondarbeycairns and @alex.vg_ . Although a heavy schedule and a churned up track may have felt like a handicap, both Hamilton and Alex proved their status as sprint thoroughbreds as they pounded their way down the closing stretch of their National Age course.

Hamilton upset the bookies with an outstanding run and Alex was a nose away from another personal best, earning another shot to impress in the race that stops a swim club.

Well done to both our fabulous butterflyers! ...

The wild waters of the national championships can be cutthroat. It’s kill or be killed in a habitat full of apex predators.

Approaching his 100m freestyle heat, @hamiltondarbeycairns stalked his prey from the behind the blocks, scanning the savanna of the calm Adelaide water. Either side of him sniffed other hungry carnivores. Unbeknownst to them, they were to become the targets of a sudden ambush from Hamilton, who pounced into an explosive opening 50m in a bid to ward off potential rivals. As is sometimes the way of the wild, however, the hunter can become the hunted. Mother Nature’s cruel rules saw Hamilton’s competitors claw him back in the second 50m, leaving him to feed on scraps.

Importantly for Hamilton, what is also analogous between the African plains and the Adelaide pool is that juvenile males, despite brash and bruising attempts at dominance in adolescence, often mature into the proud Pride Male in due course. Your mane has yet to grow, Hamilton - you have many successful hunts ahead of you.

Across the prairie, cheetah @alex.vg_ sought to hone her prowling prowess in the 50m backstroke, following on from yesterday’s exploits. She too was subject to the ruthlessness of her environment, learning the hard way that when it rains it does not necessarily pour. The caveat to this notion of feast versus famine is that predators will remain at the top of the food chain without a clean kill at every attempt. Your next bounty is around the corner, Alex - do not lose patience.

They call him the postman because he always delivers 📬 Yet another reliably electric performance from our very own Mr. Consistent, @archiettaylor

To paraphrase Albert Einstein, the faster an entity travels, the slower their perception of time. It may seem like a splash ‘n’ dash, over in a flash, but we assure you Archie would have been keenly aware of every neuron fired, every sinew stretched, every microscopic movement as he blitzed his way to a 16th place finish in his 50m freestyle final to round out his National Age campaign.

Congratulations, Archie! After a simply stellar few days of racing, a well-earned rest awaits you. However it’s not quite time to put your feet up - we still have plenty more swimmers to cheer on!! ...

We told you the final pages had not yet been written in the ‘Chronicles of Alexandra van Gelder’. Yet again she proved her propensity for the unpredictable.

In the latest instalment of her enthralling series, @alex.vg_ broadcast a performance worthy of Academy acclaim. She would have been forgiven for feeling down on her luck when all seemed lost… all but the twinkle in her eye ✨ That twinkle burst into a shining star as she beamed onto the wall in her 50 freestyle final, but a glint away from the personal best she set in the previous session.

A decidedly brilliant performance from KRB’s sprint superstar - we’re sure there will be an encore to come.

This, ladies and gentlemen, is a momentous occasion - you are witnessing a changing of the guard.

It may seem crass to label them National Age veterans, but such is their dedication, nerve and aura that @alex.vg_ and @archiettaylor have become linchpins within the KRB ranks. With all the hallmarks of born leaders, both Alex and Archie set the example in their penultimate Australian Age Championships, staking their claims for yet more finals action this evening.

But an example for who? I hear you ask…

Enter our budding debutants @hamiltondarbeycairns and @olliemoclair . Both gentlemen touched down in Adelaide with the weight of the world on their shoulders, a weight that would condemn many to the doldrums. But as Atlas held Heaven and Earth asunder, so too did these young men refuse to buckle under pressure. It was a mighty effort from Hamilton and Ollie, who both have many formative years ahead of them and we all look forward to hearing tale of their future Herculean accomplishments.

Good luck to Archie and Alex in their finals!

Now the baton has been passed, the legends written, but tomorrow is another day and we begin anew. ...

With the understated distinction of a pressed Armani suit, @archiettaylor has once again proved that control and poise are the requisite materials for success. In a touch of near-nominative determinism, Archie swam his 200 freestyle final as though he were tailor-made for high pressure performances, trimming 0.39 seconds off his morning result. Congratulations, Archie, on an outstanding swim and on to the next one! ...